Getting credit card points and other rewards from a home lender

Financing a mortgage with your bank can do more than put you into a home. Perks are being offered by lenders that can make shopping for a mortgage loan about as competitive as picking a credit card with the best rewards. 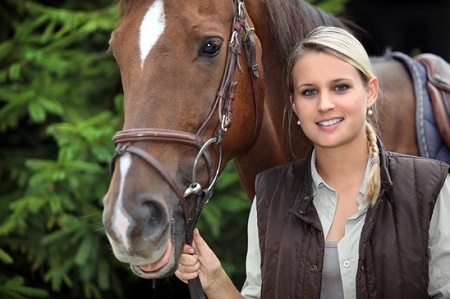 They can make the rewards card you have from your favorite restaurant looks like small potatoes.

Some lenders offer credit card air travel miles, cash back, the ability to apply credit card rewards points toward mortgage payments, and a lower interest rate on a home loan if you do other business with the bank, among other perks.

“It’s something that’s almost part of our everyday lives,” says clinical psychologist Josh Klapow of being rewarded as customers.

Klapow, who studies the science behind effective incentives, says that giving a small gift card may not matter much to someone spending $500,000 on a house, but a larger reward may encourage them to do business with a company — all other things being equal such as competitive interest rates and low fees.

Here are some of the rewards lenders have offered for getting a home mortgage:

Allen Seelenbinder, regional sales executive at Bank of America, says that clients who enroll in its Preferred Rewards program can save $200 to $600 on mortgage origination fees at closing on a new home or refinancing an existing loan.

Do the math first

Before enrolling in a rewards program, borrowers should do the math and make sure that lenders that offer airline miles or other rewards have the same or better loan rates and other fees than those that don’t, says Scott Witherspoon, chief credit officer at Affinity Federal Credit Union in Basking Ridge, N.J.

Otherwise, they could be paying more in fees and other loan costs than the rewards points are worth.

Affinity Federal Credit Union offers tips on avoiding mortgage red flags, such as a cash-back offer that has hidden costs like a requirement to buy discount points. It gives the example of 1 percent cash back over the first five years of the loan, but requiring the borrower to purchase 1.5 discount points that cost $3,000 for $2,000 in cash back.

As a credit union, Affinity doesn’t have lender fees, Witherspoon says. It offers members who use more of its products points to use at Affinity to get rebates on its services, such as no ATM fees. Having a mortgage there earns the most points in the program.

The credit union also gives a rebate of up to $3,000 at closing if a home loan borrower uses one of the real estate agents in its network.

Rewards are used for a simple reason, says Klapow, the clinical psychologist.

“Rewards are designed to get your business — that’s not a bad thing,” he says.

“The added value proposition is not always going to be a clear dollar for dollar value proposition,” he says, and thats what home loan borrowers and other types of consumers need to be aware of.

Some loan costs may be mitigated with rewards, but not all of them, Klapow says, and borrowers should be on the lookout for higher fees in rewards programs than lenders without the rewards have.

A home lender offering rewards may implicitly say “We’re going to give you something back, but our rates are going to be slightly higher,” Klapow says.

“It’s not so much that they’re trying to bamboozle you,” he says, but that rewards programs may just be the cheapest marketing way to get your business.

“Whatever the reward is, put it to the side,” Klapow says. “Whatever the thing is on the table, put it aside and look at the product.”