Getting a mortgage when your spouse has bad credit

Engaged couples and newlyweds looking to buy a home probably don’t want to have a difficult discussion on financial issues in front of a loan officer.

But that’s what it can turn into if one of them has bad credit and this is the first time they’re learning about each other’s credit scores. 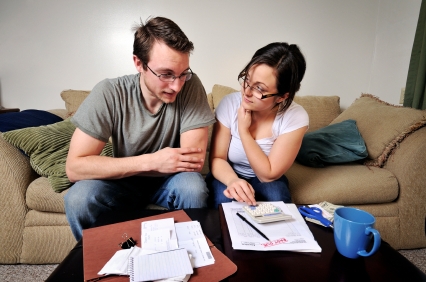 A poor credit score can make it difficult to qualify for a mortgage and can result in a higher mortgage rate on a home loan, outright denial of a loan, or a smaller loan. A low credit score for one spouse could mean leaving them off the loan application entirely, requiring the other person to have a high credit score and a high enough income to afford the loan on their own.

Besides a poor credit score, it can also be worthwhile to keep a spouse off a home loan application if they have filed for bankruptcy or foreclosure, or had a repossession or tax lien within the past two or three years, says Harrine Freeman, a credit repair expert in Washington, D.C.

Why credit scores are so important

A credit score is just part of the financial background a mortgage lender looks into. Income and a debt-to-income ratio are also looked at, though a high income by itself won’t overcome a poor credit score, Koss says.

“They could make a million dollars and have a million in the bank,” and it won’t be a factor if they have a low credit score, he says.

Credit scores range from 500 to 850. A low score of 650 can be a predictor of making late loan payments, Koss says, while a 550 score means you’re not likely to pay at all.

“In theory if you have that type of score, you have a questionable ability to repay,” he says of a 650 credit score.

Jumbo mortgages can be especially difficult to get because they often require a credit score of 680 or better, Koss says.

FHA mortgages backed by the federal government allow a 500 credit score, but lenders may not allow such a low score, Koss says. A 640 score will likely trigger higher interest rates, he says.

Having a low credit score requires a bigger down payment for FHA loans, Freeman says. A score of at least 580 requires a 3.5 percent down payment, while a lower score needs 10 percent down, she says, along with other requirements such as no late payments for 12 months and having cash reserves.

A couple’s credit scores aren’t averaged together in a home loan application. Lenders will use the lower of the two credit scores, says Joe Parsons, a senior loan officer at PFS Funding in Dublin, CA. If a husband has a 620 score and the wife has 700, then the lower score will be used in the mortgage application and an interest rate of three-eights to half a point higher will be charged, Parsons says.

Mortgage options if a spouse has poor credit

There are ways to get around one spouse having a low credit score. In the above example that Parsons gave, the wife with a 700 credit score can get a home loan if she qualifies on her own with only her income. 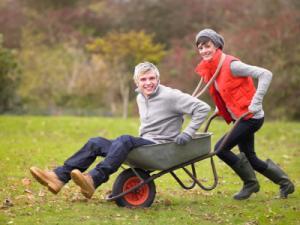 Both spouses should be listed on the home’s title or deed, Parsons says, but only she would be listed as the borrower. The husband’s name could be added to the deed later when his credit score improves.

Buying a home on one income, however, can be difficult. The best solution is to improve the lower credit score, something that should be done months before applying for a loan.

“We’re not saying ‘No,’ we’re just saying ‘Not now,’” Koss says of telling a potential borrower to improve their credit.

A 10-point credit score improvement could be enough to get a better interest rate and can be done quickly, Parsons says.

“We can get an immediate improvement in credit scores by paying down credit cards,” he says.

Even minor credit improvements can take 30 days or more to fix, such as closing all but one credit card, Koss says. Most fixes can take three to four months to show up on a credit report, he says, so repairs should be made before applying for a loan.

Another option is a portfolio loan where, for example, $500,000 could be deposited into a bank account at your lender and the money is used to make mortgage payments, Koss says. These loans have higher interest rates and are adjustable, he says.