Homeowners who have fallen behind on their Fannie Mae or Freddie Mac mortgages will be eligible for a new, simplified loan modification program beginning the summer, the Federal Housing Finance Agency (FHFA) has announced.

Beginning July 1, eligible borrowers who are at least 90 days delinquent on their mortgages will be able to take advantage of the new Streamlined Modification Initiative. The new program will eliminate much of the paperwork currently required for a loan modification, including the need for homeowners to document their finances or prove hardship.

Past-due borrowers who qualify will be offered the option of converting their mortgage to a fixed mortgage rate with the repayment term extended to 40 years. If borrowers successfully complete a three-month trial by making their new payments on time, the modification will be made permanent.

The new initiative provides an alternative to, but does not replace, the government's Home Affordable Modification Program 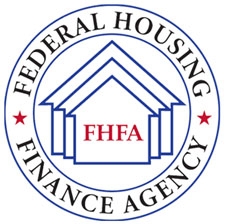 (HAMP), mortgage modification initiative, which has been in place since 2009. Past-due borrowers who go through HAMP or a lender's own loan modification program and document their finances and hardship may be able to realize greater savings than through the Streamlined Modification.

Some principal reductions to be allowed

One notable detail is that the FHFA has indicated that certain borrowers who are underwater on their mortgages will receive principal reductions as part of a Streamlined Modification, although the criteria for granting those reductions were not disclosed. Previously, DeMarco has resisted calls for FHFA to allow principal reductions as part of a loan modification program, which has led some Democrats in Congress to call for his replacement.

Past-due borrowers who are eligible for a Streamlined Modification will be notified by their mortgage servicers beginning July 1, according to the FHFA. Servicers will be expected to evaluate those borrowers to determine if an alternative loan modification program might better meet the homeowner's needs.

It's not clear if servicers will be required to grant Streamlined Modifications to eligible borrowers or if they will have the authority to make that determination themselves. The HAMP initiative has faced numerous struggles due in part to servicers' uncertainty over whether certain borrowers should be granted modifications.

The Streamlined Modification will only be available on mortgages backed by Fannie Mae and Freddie Mac because they operate under the authority of the FHFA as part of their being in government conservatorship.